Addiction: The Relationship of Co-Dependency and Addiction Explained 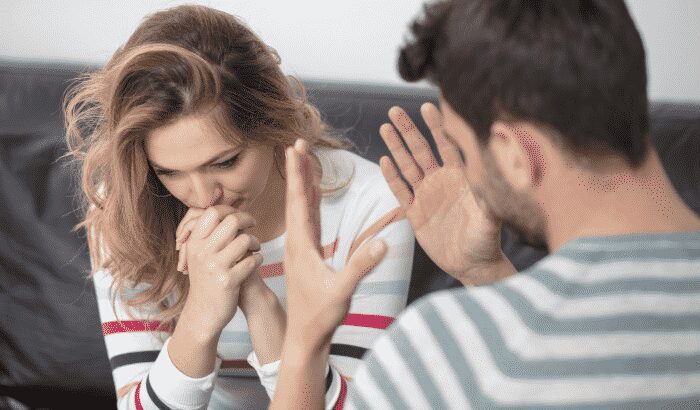 Is it love? Is it letting them get away with it and staying out of trouble? It could be co-dependency, and it might be causing you unhappiness.

Co-dependency is a huge behavioral problem, but when mixed with addiction, it makes an awful situation even more terrible. Codependent behaviors can enable an addict and hinder treatment, while addiction calls forth co-dependence. It is a cycle that is hard to break.

So how do you deal with co-dependency? What are the mechanics in play between co-dependency and addiction? What do you do if you are in a codependent relationship with an addict? Read on as we talk about co-dependency and how it plays with addiction, and more importantly, how to overcome both.

Co-dependency is a behavior in dysfunctional relationships that can run in families. According to Darlene Lancer, author of Co-dependency for Dummies, says that co-dependency is when a person is in a one-sided relationship with another person who, in turn, relies on the other for almost all of their self-esteem and emotional needs.

According to Mental Health America, co-dependency affects a spouse, sibling, co-worker, friend, significant other, or parent of somebody who is addicted to drugs or alcohol.

Codependents: How They Behave

Codependents often have very low self-esteem. They need others to make them feel good about themselves. Some cope by using drugs, drinking alcohol, or smoking, and they become addicted to these substances.

Meanwhile, others exhibit compulsive behaviors such as gambling, indiscriminate sexual activities, or workaholism.

Codependents often set out to do good, which is to take care of somebody who is in a difficult place. But it often becomes self-defeating and compulsive. They often have problematic responses to another person’s addiction.

A mother might try to pull some strings to keep an addicted child out of trouble, or a spouse might try to cover for the addict. It is problematic because the addict is never treated, and the addiction is never addressed. Instead, they continue down the destructive path.

With the underlying issues left untouched, the addict often finds themselves deeper into their addiction. And this makes them more reliant on the codependent individual.

The codependent is rewarded by the feeling of being needed, and the behavior is reinforced. They continue to act as caretakers to the person suffering from addiction until the time when they feel trapped in the relationship, and they often see themselves as victims.

But even so, they are not able to stop the behaviors that put them in that situation in the first place.

How to Spot a Codependent

There are several signs of co-dependency or ways to find out if a person is in a codependent relationship, according to marriage and family therapist Darlene Lancer. These include:

How Co-Dependency Ties with Drug Addiction

Co-dependency comes with responding to another person’s extreme emotional or physical needs, even to the extent of the codependent sacrificing his or her own needs. Mental Health America notes that co-dependency often manifests in people who have close personal relationships with people who struggle with alcoholism and addiction.

Co-dependence shows the same signs as an addiction. This PsychCentral article notes that co-dependence is sometimes referred to as love addiction or relationship addiction. As a codependent focuses on helping the other person to feel better about themselves, they start to ignore themselves.

It starts a self-perpetuating and never-ending cycle where more focus is given to the addict, while the codependent sacrifices their own needs and happiness. The more they feel empty, the more they pour their attention and effort on other people.

The obsessive thoughts and compulsive behavior persist, much like any other addiction. Therapist Ellen Biros notes that you often see the classic signs of addiction in a codependent:

Biros observes that co-dependence is a progressive, relapsing, and chronic addiction. In the same manner that drug addicts are reliant on drugs and other substances and alcoholics anchor their happiness on liquor and spirits, codependents depend on other people for their fix.

They find it difficult to end an unhealthy relationship, the same way drug addicts always find a reason to shoot up, or alcoholics cannot stop drinking. Codependents, like addicts, can no longer think logically and decide in their best interests. They lose clarity and reason while also neglecting their psychological, emotional, and even physical health.

Substance abuse and co-dependency work together. It is like a symbiotic relationship and two pieces of a puzzle that fit together flawlessly. For instance, a husband who is an alcoholic has a codependent wife. The husband will take advantage of his wife’s low self-esteem and fear to manipulate her.

The wife does not do anything to get her husband the help he needs to stop drinking. Instead, she buys him the alcohol that he craves.

There can be a lot of justification for this, and it is the wife who is coming up with excuses. She feels that she is doing the right thing buying the alcohol because if she does not, the drunk husband will drive to the store and buy it himself.

Sometimes, she does this just to avoid conflict. But no matter the reason, the wife does not realize that her husband is on a risky and destructive path. And she is enabling it.

The addict will rely on his or her partner more and more, and the codependent will find more and more things to hide, cover, or fix. This, in effect, may drive the addict to more substance abuse or alcohol. The cycle continues on and on unless you stop it.

Why It is Bad for the Codependent Partner

Co-dependency with someone who is a drug user can lead to negative effects for both parties. A study found that the codependent partner is more likely to become addicted to food, gambling, drugs, and other substances. They also tend to neglect their responsibilities, including the ones outside of the codependent relationship.

The codependent partner may also neglect his or her own needs, which can then result in poor health, depression, and other physical and mental consequences.

Why It Is Bad for the Addicted Partner

Co-dependence also leads to enabling, where the addicted partner gets subtle encouragement and is emboldened towards certain destructive behaviors because the natural consequences of such behavior are removed.

According to this PsychCentral article, enablers do not let addicts see the damage that their addiction brings to their lives. As such, they do not hit the lowest points of their life, which in turn becomes a very powerful motivation to change.

Enabling behaviors take on a lot of forms, such as giving money to the person with addiction, repairing damage to property caused by the addict, making up excuses for the lapses, and even bailing him or her out of jail.

Co-dependency and Addiction: What Can You Do?

The first step to battling co-dependency is to admit there is a problem so that you can be motivated to do something about it. However, because denial is one of the hallmarks of co-dependency, this might not be as easy as it sounds.

The willingness to change should come from the codependent, and they may need friends and family to intervene. Professional help can include psychotherapy to help them work on the issues that led them to this point.

Co-dependence may stem from issues that the person had in the past, something that goes back to their childhood.

On the other hand, if the addict is undergoing rehabilitation, the treatment becomes more effective if both partners seek co-dependency treatment. This will pave the way for the couple to have healthier relationships and start breaking the cycle.

Take for instance the findings of this study, which found that addicts who have sought treatment are more successful with their outcomes if their therapists also address the co-dependence of their family. It is a lasting effect, too.

So you start fixing the addict, often coming up with excuses and neglecting yourself in the process. But then, you get overwhelmed with everything that you have to do for the other person. Because you are pressed for time and energy, you start neglecting yourself, and then you become resentful.

People with addiction are your “willing victims.” They certainly need the help you are offering, and sometimes it is convenient to have you there, enabling their addictions. Therapy is a good first step to conquering co-dependency. You have several options to treat co-dependence. Therapy will help you explore underlying issues related to your low self-esteem, paranoia, anxiety, and other negative feelings.

With a good therapist, you can boost your self-esteem and identity while also learning how to have a healthy relationship that has healthy emotional boundaries.

At Steps Recovery Center, we know first-hand how addiction can take over a person’s life. We are committed to ensuring that a person suffering from drug addiction can achieve sobriety using holistic treatment methods that nourish the body, mind, and soul. We have treatment centers in Salt Lake and Utah counties in Utah. Please do not hesitate to reach out to us with any questions you may have.