Understanding the Connection Between Bipolar and Addiction 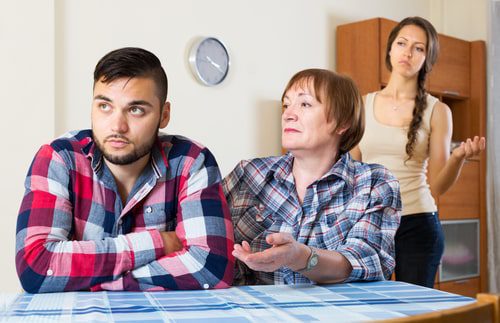 One of Amazon Prime’s newest projects is a min-series depiction of a collection of personal essays from the New York Times column “Modern Love”.

With a star-studded cast and popularity from a previous publication of a book of fan favorites, the show quickly buzzed as one of the season’s biggest releases.

Though all the episodes follow a different narrator through their journey, one, in particular, has been the topic of much discussion in the mental health community. In the third part of the series, “Take Me as I Am, Whoever I Am”, author Terri Cheney’s 2008 story is recreated through actress Anne Hathaway as a woman named Lexi.

The start depicts the title character in a theatrical and euphoric state, gleefully roaming about a trip to the grocery store in a sparkling outfit, gaining the attention of a fellow shopper, Jeff. He notes that Lexi is overly energized but isn’t deterred from asking her for a dinner date later that week.

Quickly, however, the mood of the protagonist shifts, leaving Lexi curled in a fetal position in bed for days, missing work, and ignoring messages. When the night arrives for the second date, Lexi is clearly unkempt, with an empty expression, and low energy, much contrasting the person Jeff initially met.

These changes in mood and functioning continue to cycle rapid fashion, leaving Lexi unable to follow-through on dates with Jeff and to be fired from work.

At the conclusion, we find out the reason for the ups and downs in Lexi’s life – she is diagnosed as bipolar.

Her star-of-the-show moments aim to show the manic state, while the crash reflects the weight of depression Though the episode takes artistic liberties and has room for improvement in depicting the complexities of bipolar, mental health advocates are hopeful it can spur conversation and education.

Bipolar disorder is known for its hallmark characteristic – dramatic shifts in mood, much more extreme than normal ups-and-downs of those without the mental illness.

Unlike the portrayal in the Modern Love series, mania is not always a positive experience. While the elevated mood can be euphoric, it is uncontrollable and spikes to uncomfortable levels. A feeling of not needing to sleep, talking excessively and at rapid speed, making reckless and unusual decisions, feeling irritable, and acting impulsively can appear in mania.

For some, mania is a psychotic episode, while others experience hypomania, which is a milder form without that psychosis. The former can require hospitalization and other major interventions. For those in the latter category, though still abnormal, the elation or overstimulation may still leave them functioning well.

The lows involve immense fatigue, lack of focus, inability to care for themselves, overwhelming feelings of hopelessness and sadness, and overall impacts on capability to function in everyday life, sometimes leading to loss of work or problems in relationships. This can escalate to suicidal thoughts, ideation, or attempts.

The cycling of these moods depends on the person and the type of bipolar disorder they experience. While not usually as quickly changing as Lexi in the series, some do experience such rapid moods. Others have longer-lasting shifts, weeks or months or even years between mania and depression, or even mixed-episodes where both present simultaneously.

The National Alliance on Mental Illness notes that the onset, symptoms, and pattern of bipolar can vary from person to person. Within the classification of this disorder, there are four types per the Diagnostic and Statistical Manual of Mental Disorders (DSM).

Considered to be the most severe classification, this illness is categorized by episodes of mania that last at least seven days or extreme enough to have been hospitalized. The presence of depression is not necessary for diagnosis but is likely to appear.

Other specified or unspecified

According to the Substance Abuse and Mental Health Services Administration (SAMHSA), between 30 to 50% of people with bipolar I or II will develop a substance use disorder (SUD) in their lifetime.

In fact, the National Epidemiologic Survey on Alcohol and Related Conditions showed that SUD rates were higher for people with bipolar than any other of the mental disorders screened in their survey. Similarly, alcohol present misuse concerns and may threaten the treatment of bipolar disorder and avoiding both is recommended for those with the condition.

While the exact behavioral or emotional and possible genetic/biological overlaps are still under debate, the co-occurrence of bipolar and misuse of alcohol and drug use raises a clear need for holistic treatment of both conditions.

Addressing the underlying mental disorders through medication and psychotherapy, along with utilizing the 12 Steps and addiction treatment approaches, can combine in an integrative approach and give clients a better outcome.

While media portrayals aren’t always accurate, talking about the realities of bipolar is important. And though complex, treatment and recovery, a life free of addiction and managed bipolar, is possible. With a three-step approach, including diagnosis and customized care, Steps Recovery Centers is here to help you through the process of healing. Call our 24-hour hotline to learn more now – 385-250-1701.