5 Signs that College Drinking Has Become an Alcohol Use Disorder 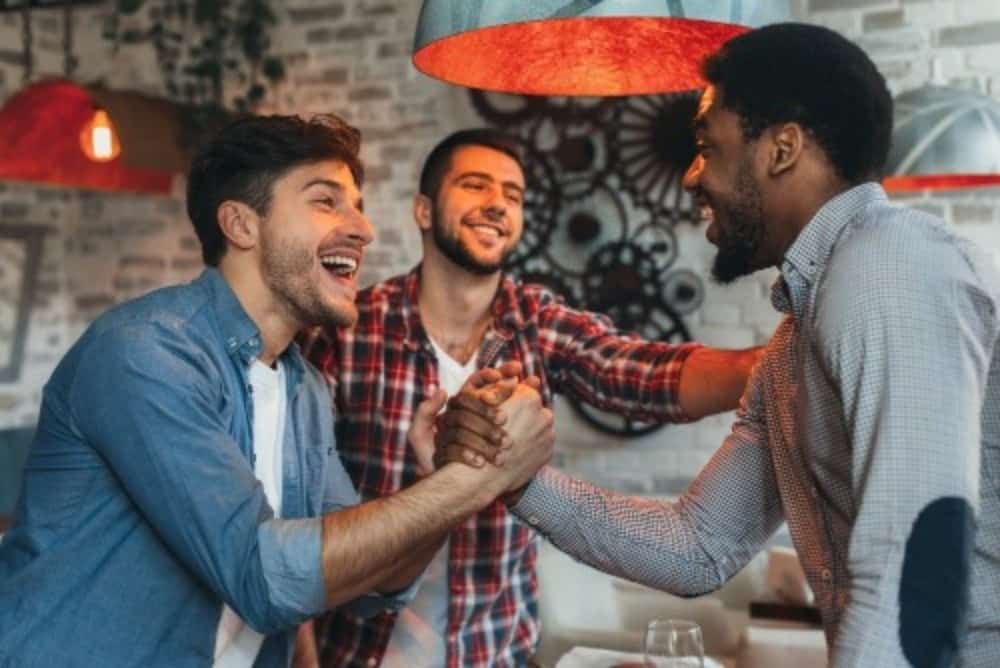 Drinking has long been considered a normal part of the college experience. Studies show that college students actually do drink more than their non-matriculating peers. One aspect of college life in particular–more frequent binge drinking–is a significant risk factor for developing alcohol use issues.

While college students don’t appear to be at a significantly higher risk for developing alcohol use disorders, neither are they immune to them. There are currently about 20 million college students in the US, most of them between the ages of 18 and 25, which is about the time that substance use disorders typically first appear. Problem drinking may be compounded by several factors, including having more freedom to drink, being away from your normal support system, and dealing with the stress of school work. Many people don’t take problem drinking among college students seriously because drinking is so common, however, an alcohol use disorder at any age can lead to serious consequences. Here are some warning signs that college drinking has gotten out of control.

It’s not always so easy to get good grades in college, but if you find your once-decent grades suddenly falling, it might be a sign you’re drinking too much. One large survey of more than 15,000 conducted by the Center for the Study of Collegiate Mental Health at Penn State University found an inverse relationship between how much respondents reported drinking and their GPAs. For this study, binge drinking was defined as five or more drinks in a row for men and four or more drinks in a row for women. Students who reported no episodes of binge drinking within the past two weeks had an average GPA of 3.19–not amazing, but not bad either. Students who reported binge drinking once in the past two weeks averaged 3.11–still not bad but significantly worse. Students reporting between six and nine binge-drinking episodes had an average GPA of 2.98 and students who reported more than 10 episodes–binge drinking nearly every night, had an average of only 2.95.

There is a clear relationship between drinking and grades but why this correlation exists is a more complicated matter. One study found that students who drank more heavily were less motivated to get good grades and believed that their academic performance was inferior to that of their peers. Studies typically control for background factors, such as family income, but it remains possible that other factors, such as depression, could lead to both poor grades and excessive drinking.

Heavy drinking can lead to poor academic performance in other ways as well. People who drink more are more likely to miss classes, study sessions, and due dates. Time spent drinking is also time that could be better spent studying, relaxing, exercising, or sleeping. The latter is particularly important since even a modest sleep deficit can lead to significant impairment of concentration and memory, leading to worse academic performance.

One of the biggest red flags of addiction is when you start prioritizing substance use over more important things. In the context of college, that might mean missing classes, study sections, and other academic requirements. Classes are the reason you and your parents are paying for you to be there. Skipping class to drink or because you’re hungover is a clear sign that alcohol has distorted your priorities. When you miss class, you miss out on important subject-matter information as well as information about the class, such as when assignments are due and what will be on the test. It makes getting good grades much harder.

Another clear sign that drinking has become a problem is when it leads to disciplinary action. According to the National Institutes of Health, more than 1500 college students between the ages of 18 and 24 die each year from alcohol-related accidents. Many more receive DUIs and are involved in non-fatal accidents. There are also about 696,000 assaults by students who have been drinking and 97,000 cases of alcohol-related sexual assault each year. These can lead to legal consequences as well as disciplinary action by the college or university. Although less serious it’s also worth noting that getting caught drinking on campus and falling grades as a result of drinking can lead to disciplinary action and possible expulsion. If you get in trouble for something you do while drinking, it’s unlikely to be a one-off and you should seriously consider that it might be a symptom of a larger problem.

A lot of college students have a work-hard-play-hard attitude toward school. They feel like working hard all week entitles them to party all weekend. Although we all need regular breaks, binge drinking isn’t the most productive way to relax. Typically, you just end up feeling even more exhausted when Monday rolls around. However, it may be a real cause for concern if you feel like you need alcohol to relax. While drinking relaxes you temporarily, there is also a backlash as your brain seeks equilibrium. If you drink regularly, you may build up a tolerance–which is another way of saying you may become dependent. Feeling habitually tense unless you drink is a clear sign of a problem.

Other Signs of Addiction

While the warning signs above are typical red flags in the context of going to college, the other warning signs of addiction still hold true. These may include blowing off friends and family to drink, not being able to stop drinking once you start, lying about how much you drink, trying to quit drinking but being unable to, and having frequent blackouts.

The boozy atmosphere of college, especially in Greek life, can mask a real problem. College-age is the highest-risk time for developing a substance use issue so if you see any of the above indications in yourself or in someone you know, don’t dismiss it as typical college behavior. At Steps Recovery Centers, we know that addiction affects people of every background. We offer a variety of treatment options based on time-tested 12-step principles. To learn more about our services, call us today at 385-236-0931 or explore our website.