What Are the Most Common Co-occurring Conditions with Addiction?

Related to this is another risk factor: childhood environment. While some parents do manage to provide a safe and supportive home for their children while struggling with substance use issues, addiction does increase the chances that children will be exposed to abuse, neglect, and other adverse childhood experiences, such as witnessing domestic violence or having a parent go to jail. The more of these adverse experiences a child has, the more likely he or she will develop substance use issues later in life. Substance use in the house also increases the chances that a child will be exposed to drugs and alcohol at an earlier age, which is another major risk factor.

Finally, mental health issues play a major role in addiction risk. According to the National Institute on Drug Abuse, at least half of adults and 60 percent of adolescents with substance use disorders also have a co-occurring mental health issue. Although developing a mental illness is sometimes just bad luck, it is usually influenced by some of the factors mentioned above. For example, childhood abuse or trauma are often significant factors in developing major depression and anxiety disorders. A parent with a substance use disorder is also likely to have mental health issues, which also have a genetic component.

Post-traumatic stress disorder, or PTSD, sometimes develops following a traumatic incident. While we typically associate PTSD with combat veterans–and the rate of PTSD is relatively high among combat veterans–most people who develop the condition are civilians. That’s because only a very small percentage of people serve in the military and even fewer see combat. Most people who develop PTSD experience more familiar kinds of trauma, such as physical or sexual abuse, assault, a severe accident or illness, the unexpected death of a loved one, or a natural disaster.

Symptoms of PTSD typically include re-experiencing the trauma, such as having flashbacks or nightmares; avoiding things that remind you of the trauma; becoming hypersensitive or easily startled; being unable to remember important parts of the trauma; irritable or aggressive behavior; and depression.

PTSD also massively increases your risk of developing a substance use disorder. Estimates of how much the two conditions overlap vary widely. One study found that among people seeking treatment for a substance use disorder, between 20 and 50 percent have a lifetime diagnosis of PTSD.  By comparison, PTSD affects about 3.5 percent of adults in the US, according to the American Psychiatric Association.

The most direct causal link between PTSD and substance use is the self-medication model. In other words, the symptoms of PTSD are distressing and people with the condition use drugs and alcohol to cope. There is quite a bit of evidence suggesting that this is common. There is also some evidence–albeit weaker evidence–that the reverse happens too, that substance use leads to a greater risk of developing PTSD. The idea here is that substance use makes you more emotionally vulnerable to trauma. A slightly more compelling case can be made that substance use increases your exposure to trauma. For example, if you have an alcohol use disorder, you are more likely to be involved in a serious accident or be assaulted, either of which may cause PTSD.

Major DepressionDepression is the number one cause of disability worldwide, affecting more than 264 million people, according to the World Health Organization. Symptoms of depression include depressed mood, loss of interest in things you used to enjoy, irritability or aggression, poor concentration, fatigue, aches, slow movements, disturbed sleep, weight changes, and thoughts of suicide or death. Depression can also increase your risk of substance use issues, particularly in men, who are more likely to self-medicate and engage in reckless behavior rather than seek help.

One study found that among people with lifetime major depression, 16.5 percent had an alcohol use disorder and 18 percent had a drug use disorder. That’s about twice the prevalence of substance use disorders in the general population.

While the depressive episodes of bipolar disorder are indistinguishable from those of major unipolar depression, the manic episodes add additional risk. Manic episodes are typically characterized by high energy, having little need for sleep, having a little appetite, feeling jumpy or restless, having racing thoughts, talking quickly, and jumping abruptly from one line of thought to another. More serious symptoms include delusions of grandeur, paranoia, and risky behavior. Severe episodes may require hospitalization but it’s more common to experience milder episodes, which sometimes feel like a really good mood.

Research suggests that genetic factors play a larger role in predisposing people toward both bipolar and substance use disorders compared to the other conditions discussed above.  However, it is also likely that some self-medicating does occur and the high-risk behavior typical of manic episodes may increase your exposure to potentially addictive substances. Bipolar may also complicate treatment, since someone may enter treatment during a depressive episode, only to feel like they’re “cured” once a manic episode starts. They may be more likely to leave in the middle of treatment.

Further complicating matters is that bipolar is often misdiagnosed, typically as unipolar depression. One study found that 69 percent of patients with bipolar were initially misdiagnosed and more than a third of those patients remained misdiagnosed for at least 10 years. This can have serious implications for treatment, especially for people who have co-occurring substance use issues.

Borderline personality disorder or PBD is a condition characterized by high emotional volatility and unstable relationship patterns. People with BPD often experience intense mood swings and deep feelings of insecurity. They often fear being abandoned by loved ones. They may have strong feelings about others and these feelings might flip suddenly for little or no reason. People with BPD may have an unstable sense of identity and they may engage in self-destructive or reckless behavior, including substance use.

There’s a common misperception that BPD mostly affects women but it’s likely that many men are misdiagnosed with PTSD or depression, and that the rates of BPD among men and women are comparable. BPD affects relatively few people but the condition massively increases your risk of developing a substance use disorder. One study notes that while BPD only affects about 2.7 percent of adults, about 78 percent of adults with BPD develop substance use issues at some point in their lives.

People with BPD have unique needs in treatment. In fact, the condition gave rise to a new form of psychotherapy, dialectical behavioral therapy, or DBT. DBT, in comparison to its more widely used predecessor, cognitive behavioral therapy, or CBT, puts special emphasis on teaching clients to tolerate strong emotions and strengthening interpersonal skills for better relationships. DBT has also been shown to be effective for a number of other challenging conditions, including substance use disorders.

Attention-deficit/hyperactivity disorder, or ADHD, is a condition characterized by difficulty concentrating, excessive energy, and restlessness. People with ADHD tend to be impulsive and crave immediate gratification. ADHD is highly heritable and typically shows up in childhood. ADHD is also a significant risk factor for substance use issues. Research shows that lifetime risk of alcohol and drug use issues is about six times higher in people with ADHD than in the general population.

There are a number of reasons why ADHD may increase your risk of addiction. One theory is that the dysregulation of the dopamine system that makes people with ADHD more impulsive also makes substance use more rewarding. ADHD is also associated with more negative emotions and people with ADHD often develop anxiety disorders or depression as well, conditions we’ve already seen contribute to addiction risk. One study found that about 70 percent of people with ADHD and substance use issues reported using substances specifically to deal with their ADHD symptoms, such as poor mood or sleep.

When people think of mental health issues that lead to substance use, autism spectrum disorders, or ASD, are typically overlooked. In fact, it’s a relatively new area of research. It was long assumed that substance use was rare among people with ASD, perhaps because social or intellectual impairment–or both–would be practical barriers to using drugs and alcohol. However, it turns out that substance use issues among people with ASD may be extremely common. One study suggests that it may be between 19 and 30 percent.

There appear to be a number of reasons for this. One is that there is a high degree of overlap between ASD and ADHD, and as we’ve seen above, ADHD is, itself, a significant risk factor. The study cited above also found an elevated risk of substance use in family members of people with ASD, suggesting a genetic predisposition, perhaps related in part to ADHD. In addition to these risks, people with ASD often experience intense emotions and reactions to their environment, which drugs and alcohol may help moderate. Finally, ASD frequently leads to social isolation, which we’ve long known is a risk factor for depression, substance use, and other problems.

Schizophrenia is a commonly misunderstood condition. Many people assume it is primarily characterized by vivid hallucinations and paranoid delusions, which can happen, but it is more commonly characterized by milder symptoms such as delusional thinking, disorganized speech, flat affect, and difficulty taking care of oneself. There is also a common misconception that drug use, especially marijuana or hallucinogens, can cause schizophrenia. When this occurs, drugs only precipitate symptoms in people with a pre-existing genetic risk. There is a rare condition called stimulant psychosis, where stimulant use causes a psychotic break, which, in a small percent of cases, is permanent. However, people who experience stimulant psychosis are about five times more likely to have a relative with schizophrenia, so there is likely a genetic basis for that as well.

It is true that schizophrenia significantly increases your risk of substance use issues. Research suggests that up to 50 percent of people with schizophrenia have alcohol or drug use problems. As with the conditions discussed above, self-medication appears to be at least part of the reason. Drugs and alcohol may moderate apathy, dysphoria, anxiety, and insomnia common in schizophrenia and they may also moderate some of the side effects of antipsychotic medications.

Everyone seeking help for substance use issues comes to treatment with a complex history and risk profile. That’s why treatment needs to be individualized. It’s especially important to find a treatment program that can treat co-occurring issues. Without treating both conditions, recovery from addiction can only be temporary. At Steps Recovery Centers, we create individualized treatment plans based on the time-tested 12 steps. To learn more about whether our program is right for you, call us today at 385-236-0931 or explore our website. 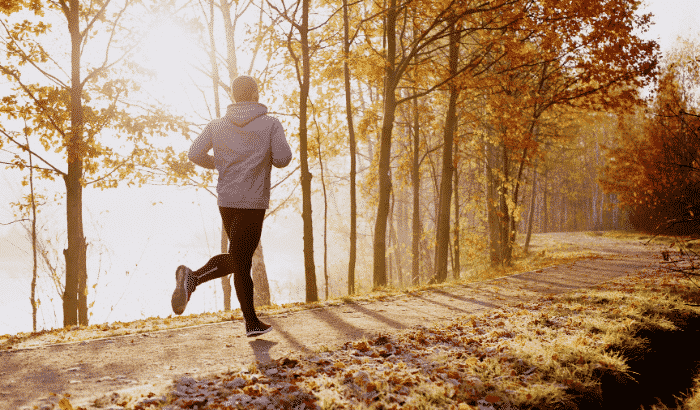 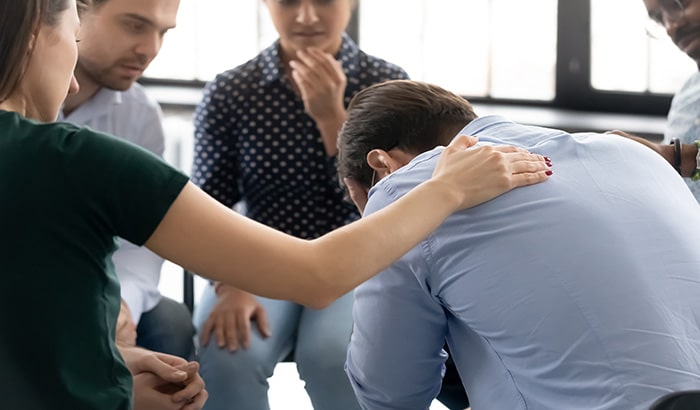 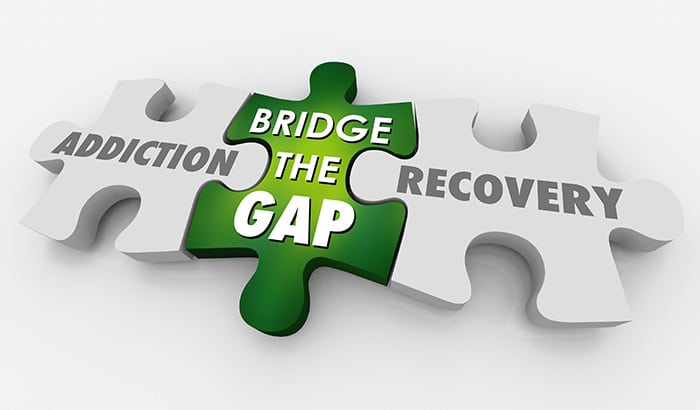